The 759 MW subsidy-free Hollandse Kust Noord Wind Farm project is split across two sites. The CrossWind consortium, a joint venture between Shell and Eneco, won the tender for the two sites in July 2020. It was the last tender under the 2023 Offshore Wind Roadmap. 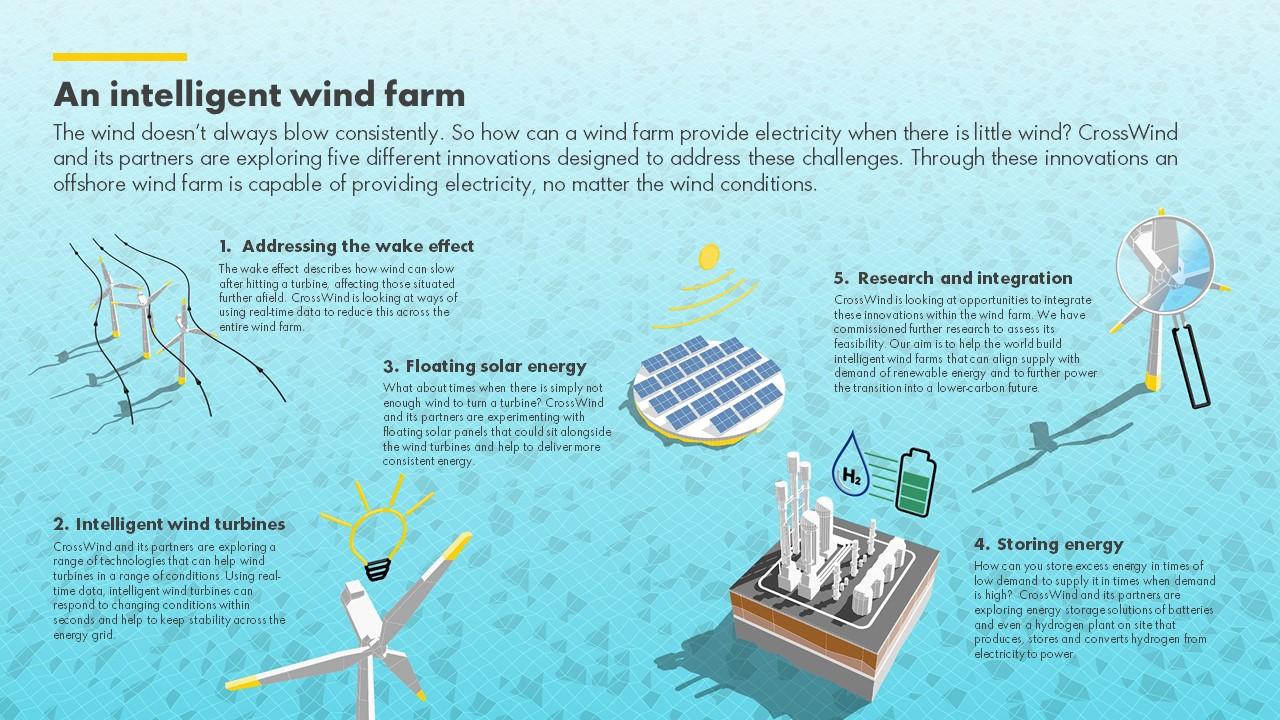 As well as using the latest 11 MW direct drive turbines from Siemens Gamesa, the project will also feature five technology demonstrations. These could be implemented at full scale in the future. So as well as generating at least 3.3 TWh of electricity by end 2023, Hollandse Kust Noord (HKN) will feature a 0.5 MW floating solar farm, short-term battery storage (1MW/5 MWh), turbines optimally tuned to the network to minimise negative 'wake' effects (part of the Dynamic Wind Farm Flow Control project led by TU Delft), and a system to produce green hydrogen for storage (a 2.5 MW electrolyser 2.5 and 1 MW fuel cell). The combination of these measures will ensure a continuous power supply regardless of wind conditions.

The two HKN sites are 18.5 km off the coast at Egmond aan Zee and have a combined size of 92 km2. CrossWind expects to start construction early in 2023 with all of the 69 turbines online by the end of the same year. As with Vattenfall's Holland Kust Zuid (HKZ) project, Siemens Gamesa latest generation 11 MW turbines will be used at HKN. Siemens Gamesa will also service and maintain the turbines under a 15-year agreement.

Also as for HKZ, SIF is supplying its new TP-less monopile foundations for the CrossWind project. These have the work platforms and ladder attached directly to the monopile, rather the use transition pieces. SIF will start manufacturing the foundations in 2022 and store them at Maasvlakte facility in Rotterdam. Van Oord will then transport them to site, starting in early 2023, and install them.

At the time of completion in 2017 Gemini OWF was the second largest offshore wind farm on Earth after the London Array.